Introduction:
STI Marine has conducted ingress protection (IP) testing to evaluate the ability of our Snap-Seal Cable Plugs to be installed in exterior applications where inclement weather, such as wind-driven rain, may be a concern. We achieved an ingress protection rating of IP66 with a thin application of MFS Marine Firestop Sealant installed over the Snap-Seal flange. Part of this testing subjected the system to powerful water jets. They were delivered through a 12.5 mm nozzle from a distance of 3 m, with a volume flow rate of 100 l/min and a pressure of 100 kPa (1 bar). This test clearly demonstrated the ability of the system to restrict the passage of moisture when installed in exterior applications.

That being said, in areas subject to cleaning by pressure washer, a common occurrence on board ships, will this system be adversely affected? The volume flow rate of pressure washers is generally much lower than what is required for an IP66 test. However, the MFS Sealant application would need to endure a water jet applied at a much higher pressure, and possibly at a closer distance. To simulate the effects, we designed and carried out the following test, the results of which are included herein.

Test Installation:
Three Snap-Seal Cable Plugs were installed around Ø12.4 mm cables within Ø28 mm openings in a 4.5 mm thick steel plate (See Figure 1). MFS Sealant was applied over the Snap-Seal flanges to a nom. 2 mm thickness, overlapping nom. 6 mm onto the steel plate (See Figures 2 and 3). The sealant application was allowed to cure for 48 hours prior to testing.

Test Procedure:
The water jet was applied using a pressure washer with a volume flow rate of 4.5 l/min and a pressure

of 2000 psi (138 bar). Four different nozzles were used, each with varying spray patterns. The first three were fan tips having a 40°, 25° and 15° spray pattern, respectively. The last was an adjustable precision nozzle with a 0° to 15° spray pattern, set to 0°. Each opening was subjected to 10 passes at a distance ranging from 2.5 m to 0.5 m in increments of 0.5 m. Opening 1 was subjected to a second series of passes using the precision nozzle. Observations and photos were taken immediately after each set of 10 passes.

Test Results:
Per Table 1, no leakage was observed on the unexposed side of any opening. There was no visible damage to the
sealant applications.

Why stop there?
To further demonstrate the durability of this system, Opening 1 was subjected to a point-blank hose stream (≈ 100 mm distance) using the most critical precision nozzle. The water jet was applied for nearly a minute, targeting the most vulnerable locations at the sealant/cable and sealant/plate interfaces (See Figure 4). Still there was no leakage observed on the unexposed side of Opening 1. Further, the sealant application remained intact and sustained no appreciable damage (See Figure 5). 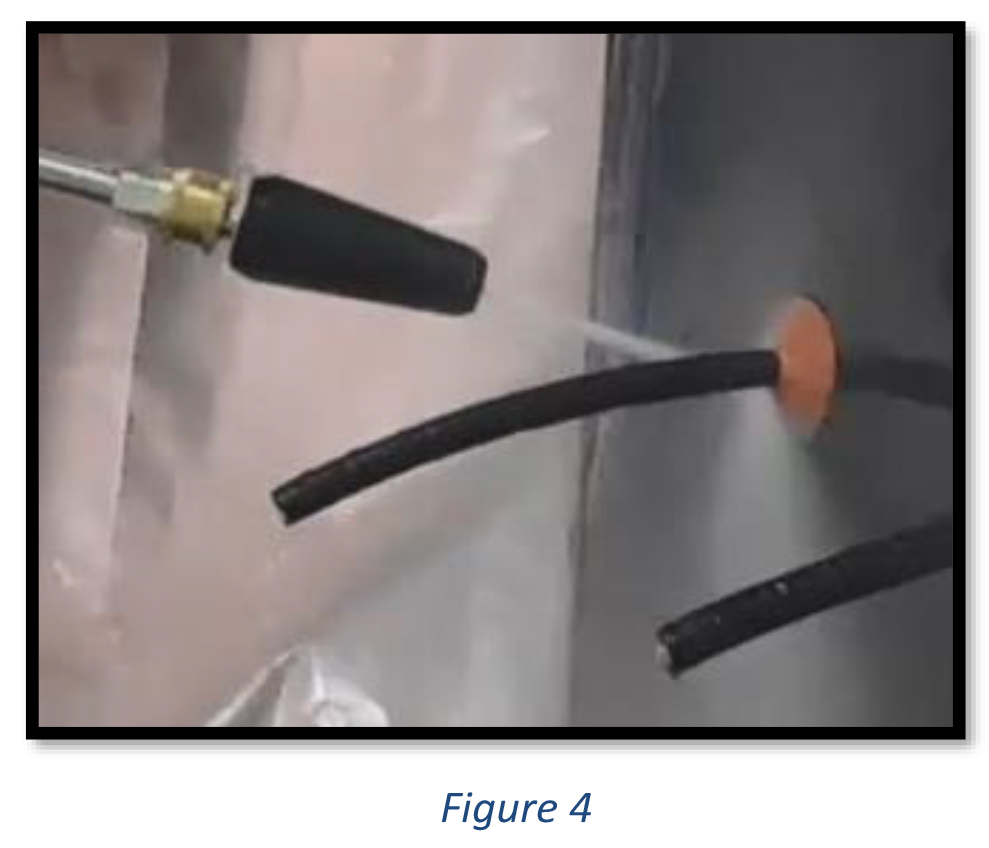 Conclusion:
It is our understanding that this test procedure is representative of common ship cleaning practices, and that the supplementary 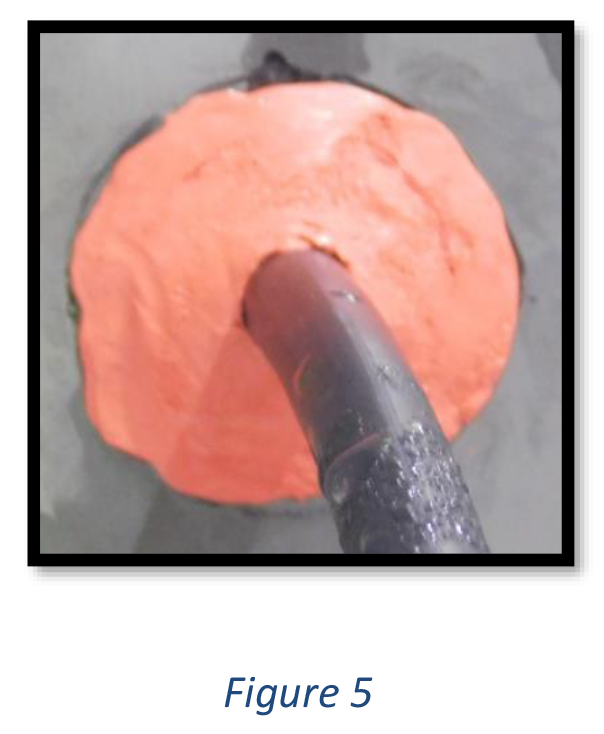 point-blank test greatly exceeded typical water jet exposure during pressure washer cleaning. After being subjected to two series of tests and a rigorous point-blank test, Opening 1 has clearly demonstrated the durability of MFS Sealant applied over Snap-Seal Cable Plugs. There is no evidence to suggest that this system would not withstand such cleaning practices.