The rise of the EGCS Exhaust Gas Cleaning systems, in short, referred to as scrubber systems, has led to various solutions attempting to meet these fire protection demands.

“Six years ago, we were asked by Carnival Cruise Line to find a solution, as they were installing scrubbers. They realized that they had to run very large GRE (glass reinforced plastic) pipes. These are very lightweight composite pipes, which handle very high amounts of acidic fluid that clean the exhaust. They go all the way from the engine room, up to the scrubber tower, where the exhaust pipe is and removes the residue that is scrubbed out.”

Note: High alkaline water has been found to efficiently absorb sulphur oxides, though the effectiveness is dependent on the alkalinity. 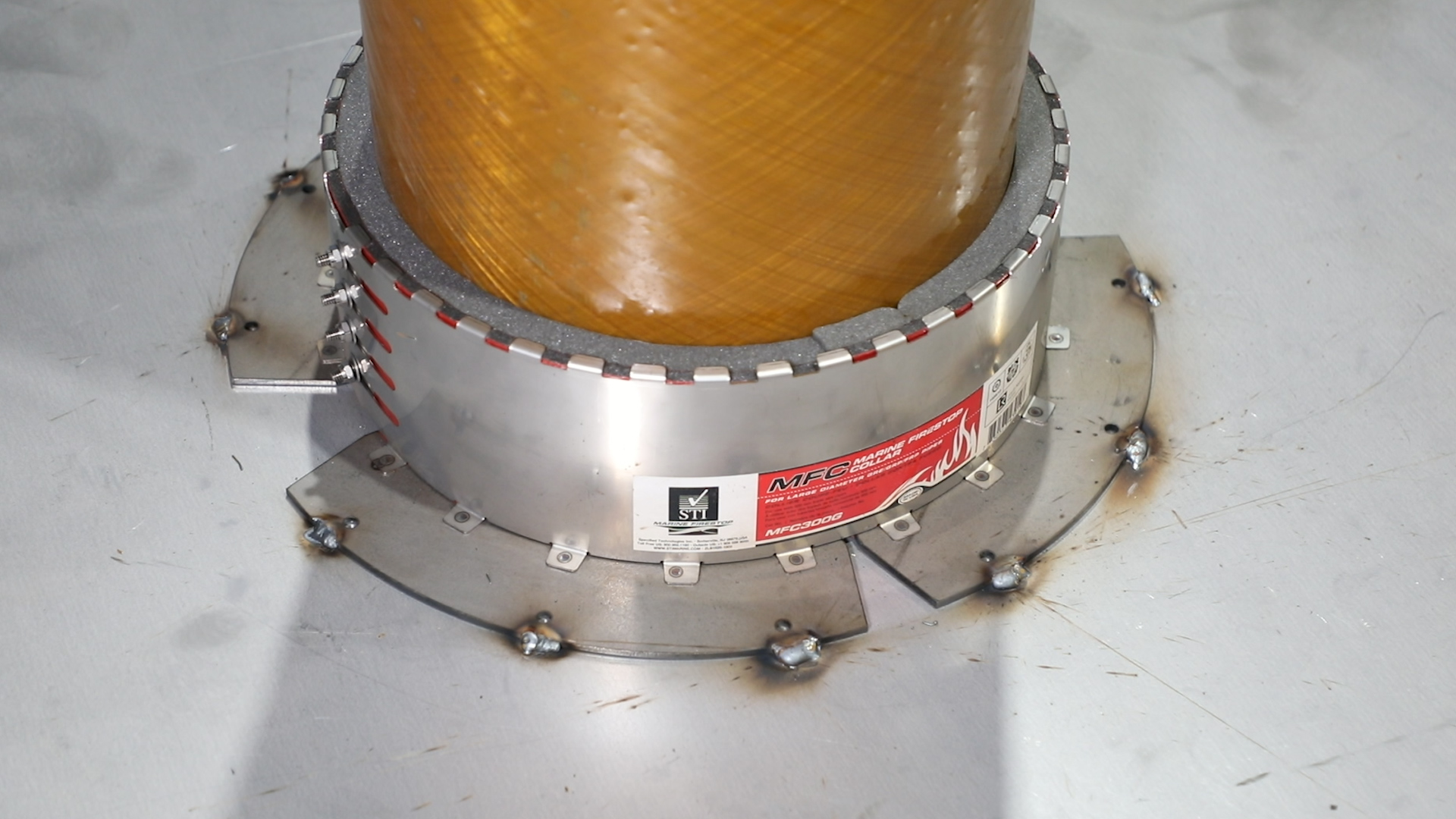 Mr. Wansink also states that, “when these pipes were going though bulkheads, the previous solution was very labor intensive”. When the pipes approached a bulkhead, they had to adapt the lightweight 700mm custom-made pipe to a 1m long stainless steel section that was welded to the bulkhead. They then coated the inside of the section of stainless steel pipe to protect it from the highly corrosive sulphuric acid fluids that pass through it.” This is expensive, labor intensive and must be done every few years as the acids eat through the protective coating. 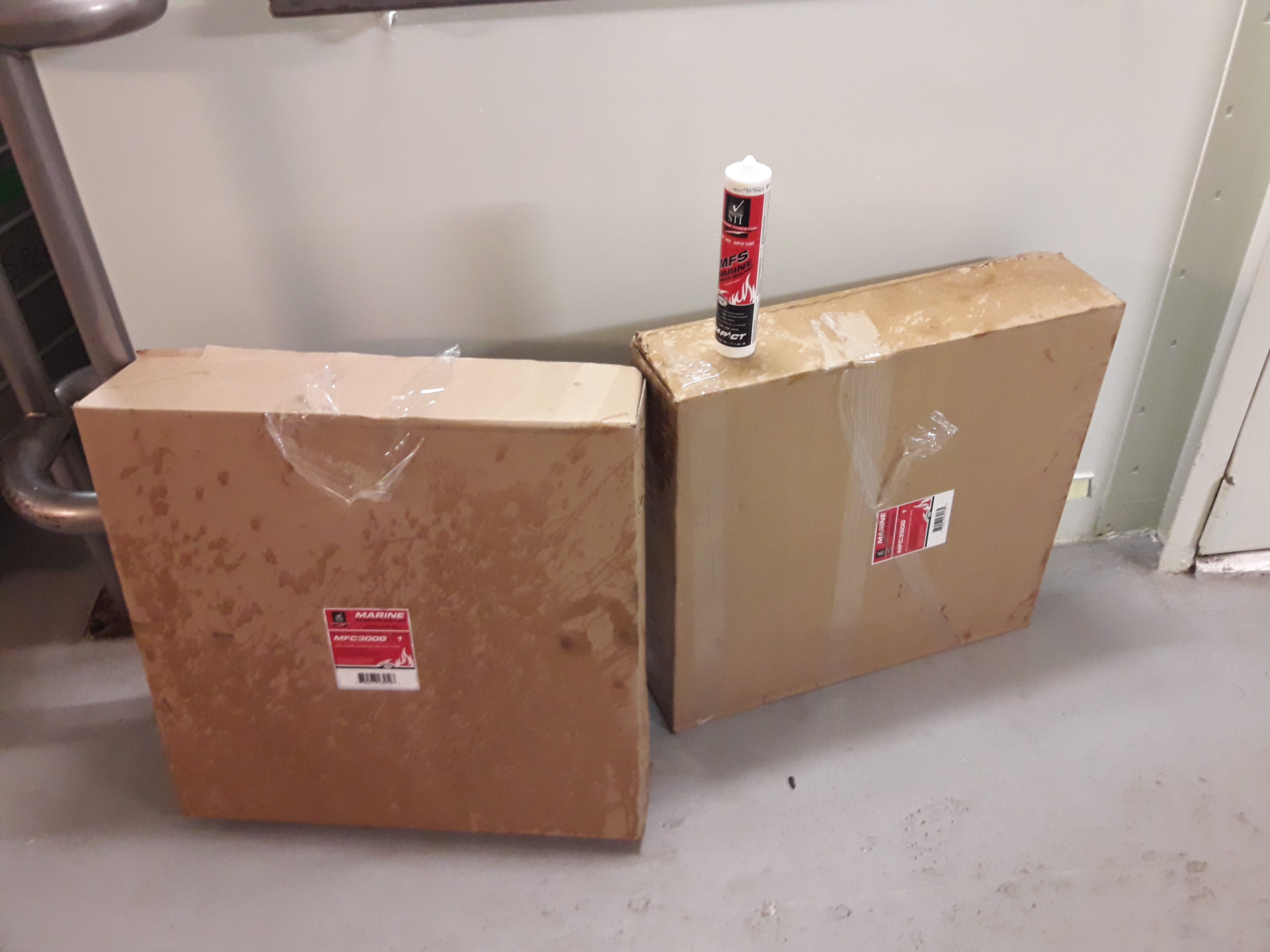 STI product on board. Small and handy packaging, which is light to carry and does not need much storage.

To solve this conundrum, STI Marine developed a product, for Carnival Cruise Line, based on its traditional range of pipe collars. This steel collar was designed for the large diameter composite pipes and is range taking to allow for the diameter variations of the pipes. The collars are wrapped around the composite pipes and create a fire rated pipe penetration seal. The pipes can now be run continuously through the ship without this heavy section of steel pipe, that can weigh up-to around 500 kg , and they also don’t have to worry about lowering it all the way down to the engine room. They can simply carry in a small box with the appropriately sized MFC-G collar that they place around the composite pipe to maintain the A-60 fire rating of the division.

Explanation on the Global Sulphur Cap 2020: After an availability review of compliant low-sulphur fuel oil, the International Maritime Organization (IMO) has decided that the global fuel sulphur limit of 0.50% will enter into force in 2020. It is estimated that more than 70,000 ships will be affected by the regulation.

This requirement is in addition to the stricter 0.10% sulphur limit imposed in Sulphur Emission Control Areas (SECAs) along the North American Coasts, US Caribbean, North Sea and Baltic Sea.

As a result, ship owners are weighing their options to ensure compliance. 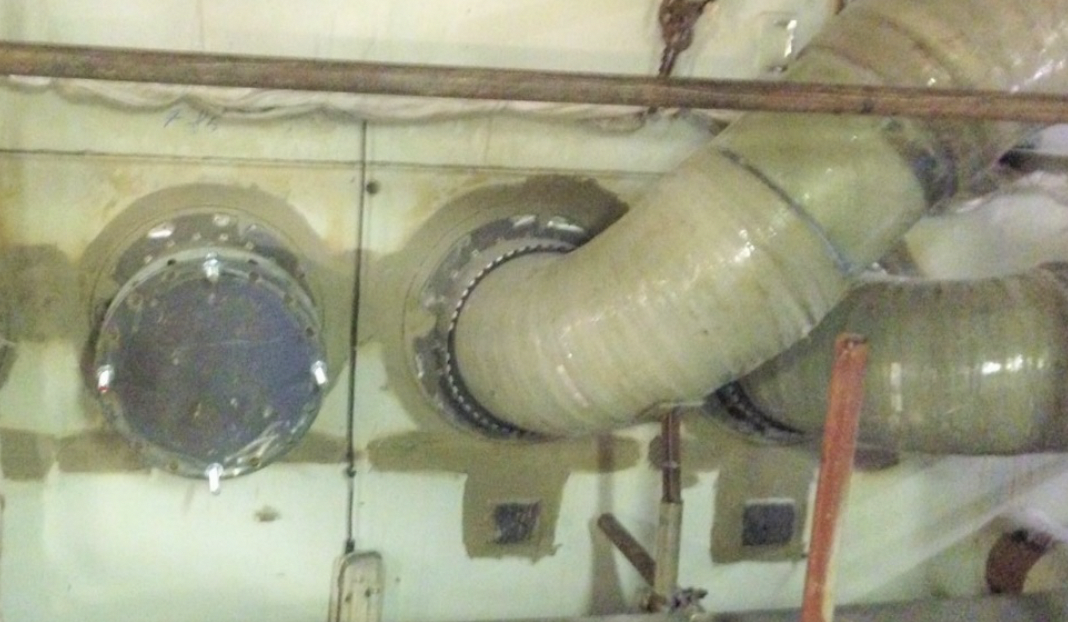 Highlighting another area, which has created a need for fire protection solutions and considerations: the rise of digitalization. Mr. Wansink explains, “Digitalization is a big thing for cruise and ferry operators and if you want to install more digital products, you need more cables. And if you want wireless, you need more systems. Server rooms and cable management are becoming really big and need redundancy.”

He adds, “The issue is that the amount of cables required has exploded and changes are at a rapid pace. Ferry and cruise operators, in the past, used to be change cables once every one or two years. Now, they have Engineers running a new cable every week.”

To this end, STI Marine created a product called EZ-Path®, which is a self-sealing cable transit. Traditionally, cables were run through steel frames, in bulkheads or decks, and then split fire-retardant blocks were placed around each cable to create a barrier. But, Mr. Wansink says, “You can imagine that having to run each single cable and have a small rubber block around each cable is a lot of work. So, we developed EZ-Path® self-sealing cable transits that are purpose-made to handle cables passing through non-watertight bulkheads and decks that will allow for frequent moves, additions and changes. The new generation transits incorporate self-sealing foam pads that automatically adjust to the cable load. As cables are inserted, the pads retract, thereby allowing the cables to pass through to the next compartment. In the event of a fire, they react by closing the openings and sealing them off. An electrician can pull through the cables easily and quickly, with no welding or mechanical fixing required.” 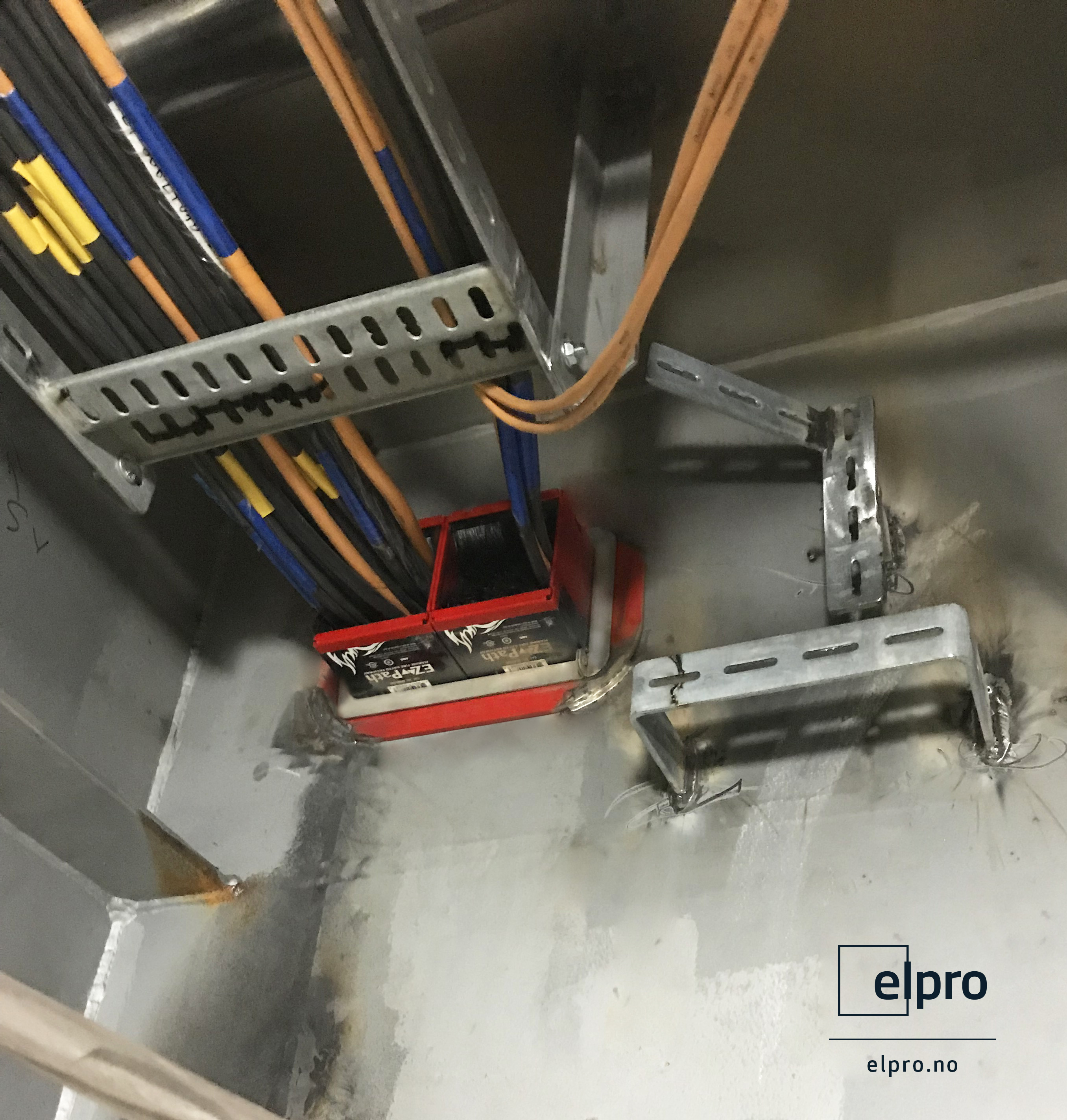